The first Academic session of Islamia College started on December 28, 1926. Department of Arabic exists since the inception of the college. At the outset Arabic and Persian were taught under a single department. The eminent scholar Prof. Abdul Quadir was the first to teach Arabic and Persian in this department. In the year 1966, the renowned Prof. Masood Hassan became the Head of the department. After bifurcation Prof. A.Z.M. Harun-al-Rashid was the first head of the department of Arabic. During later periods Prof. Samiullah Asad and Prof. Maseehur Rahman served the department as it's head. In 2010 A.D. Dr. Syed Shah Marhoonul Irshad Alquaderi became the Head. He is running the department with two full Time teachers Dr. Syed Mustafa Murshed Jamal Shah Alquaderi and Dr. Md. Sadrul Islam.

We believe in imparting value based education and we foster literary sensibilities and the creative imaginations. We encourage and guide our students to develop proficiency of Arabic language and literature. The faculty members show their concern and care for those mainly who belong to minorities section and marginalized in society. Our vision is to enable them to come back into mainstream society. Most of the distinguished professors and lecturers of Calcutta University, different Colleges, Schools, Madrasahs are former students of this department.

The academic environment of the Department helps a good number of pass out students to take admission in the Central Universities like Jawaher Lal Nahru University, Aligarh Muslim University, Delhi University, Jamia Millia Islamia University etc. for studying in Master degree each year.

Key Features of the Courses Offered:

Today, the Arabic language is the 5th most spoken language in the world and is also among the United Nations (UN) sixth official languages. It is spoken by well over 400 million people spread across more than 24 countries of the world.

The scope of learning the Arabic language will put the students in a better light of interacting and blending positively into the Arabic culture - relating easily with millions of Arabs across the globe. Student's ability to understand and speak Arabic will open doors to countless opportunities for students. Presently, there is a lot of demand for Arabic language speakers. For instance, many companies are on the lookout for Arabic speakers in the KPO, BPO, Aviation, Tourism sectors all over India. The reason is that most of the companies are involved in colossal business dealings with the Gulf region.

After learning Arabic, Students can work as a professional Faculty, Trainer, Teacher, Translator, Interpreter, Proofreader, Editor, Researcher, Content writer, either on Government or at any non government organizations. It was introduced in Indian Civil Services examination in 1963 for the first time. And it became an optional subject to be taken at the preliminary stage of the test from there onwards.

Learning the Arabic language will help the students in their academic pursuits. By studying Arabic our students gain complete knowledge of reading formal classical as well as modern Arabic, which will undoubtedly assist students in their academic research and career. They can produce well-researched written works using appropriate evidence-based argument, logical structure, correct grammar and proper references. Our explicit objective is to promot higher education and learning in the field and with successive batches of students regularly attending classes and completing the course, this target has been satisfactorily met by the Department. Our students attend different universities and earn master degree in Arabic. Arabic is being taught in more than 50 universities like JNU, University of Delhi, BHU, Jamia Millia Islamia, Calcutta University, Mumbai University, Bangalore University, Osmania University,Allahbad University Aliah University etc.

The Department is committed to the vision and mission of the College and takes special care to teach students from minority communities and other weaker sections. 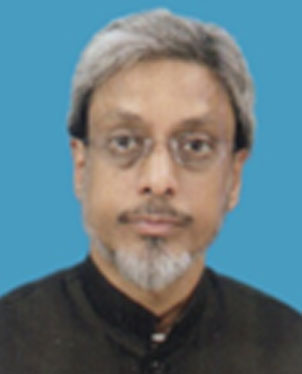 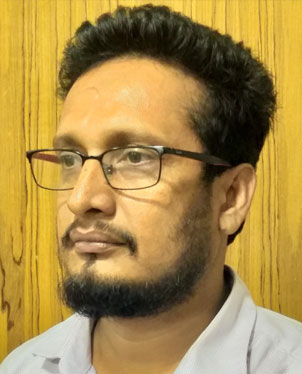 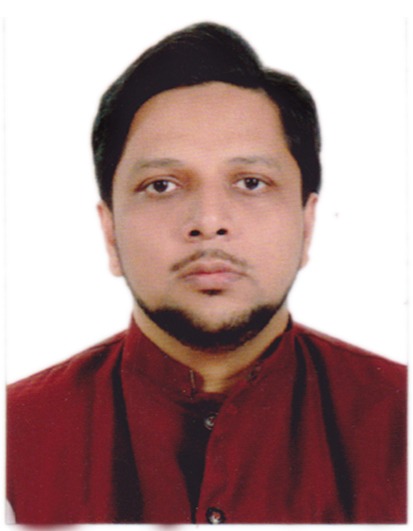 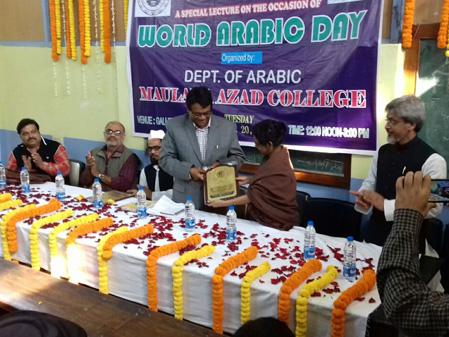